Very few people can function without the use of technology in today’s world. For technology to work correctly, a Wi-Fi and cell phone signal is needed everywhere to stay connected. There is nothing worse than stepping into an old home or building, and seeing the dreaded no signal sign.

While this is mostly seen in older buildings, some doing construction keep these signals in mind before starting anything. Not everyone thinks about soundproofing as possibly affecting how the signals work, but will they hinder a Wi-Fi or cellphone signal?

The short answer is that most Wi-Fi and phone signals will not be affected in any way. This is because they happen to be electromagnetic waves, while the focus with soundproofing is on pressure waves. The only way there could be an affect on the signals is if the material used for soundproofing is exceptionally dense.

The Difference Between Sound Waves and Electromagnetic Waves 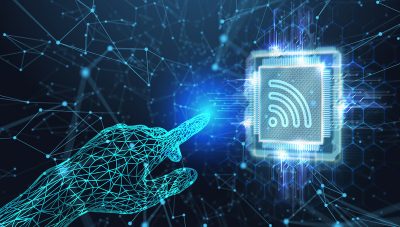 Is it a common thought for people to think that electromagnetic waves could be affected when dealing with killing sound waves, but they are different in enough ways that it will not be much of an issue.

Sound waves happen when there is a vibration of air particles. This could happen at different frequencies, with some traveling further than others.

To properly soundproof an area, the goal is to fill empty airspace. That is why the solution is to add mass and stop soundwaves from getting from one room to the other. At its core, soundproofing sounds pretty simple, as denser masses will not be able to vibrate nearly as easily as something lighter.

Electromagnetic waves are much higher in frequency, and that allows them to go through any solid objects with much more east than sound waves. They are still going to be affected by extremely thick objects, which is why old homes and buildings have such an issue.

In the past, construction relied on material that was a lot bigger in general. There was no Wi-Fi or anything like that to worry about at a time, so no one paid much attention to it. Many considered heavy, dense mass construction as the best way to build something, so why wouldn’t a construction company go this direction?

In today’s world, construction is done with much lighter materials. That not only keeps the cost down, but there is less mass for Wi-Fi and cell phone signals to move through. (Source)

Just How Well do Signal Boosters Work in a Soundproof Home?

Signal boosters have taken off in popularity over the last few years as more and more people rely on cell phone and internet signals. It makes sense, because it is much easier to extend the reach of a signal instead of fixing or replacing an entire building. Many offices use these solutions, and people with older homes go this way as well.

In the beginning, these boosters didn’t do that much good. They were more of a marketing ploy than anything, and it frustrated people. Not only that, but it made plenty of people skeptical still to this day that they would ever properly work.

The good news is that technology has improved. These boosters actually work, and they help fight against even the most troublesome setups. It is possible to get a perfect signal in basements and even caves, which was hard to say just a few years ago.

Before jumping on the enhanced signal rage, make sure to mess around with the existing signal as well. Move around the router and see what happens. Some people will notice a difference just by putting it in a slightly different position. It doesn’t do a lot of good to have a router buried somewhere in the room without much access at all.

Soundproofing is vital to a lot of people, but so is having access to technology. To have a balance between the two, make sure to soundproof without using products that could have an impact on electromagnetic waves. There is a bit of a crossover, and it is important to stay away from that as much as possible. (Source)

Anyone who has been stuck in the middle of a parking garage knows exactly what type of impact concrete can have on a Wi-Fi and cell phone signal. Even though it does a great job of helping with soundproofing, it should be avoided at all costs if a lot of technology use happens.

If an existing wall is already made up of concrete, there usually isn’t much to do other than investing in signal boosters. A booster should be able to handle the issue reasonably well without causing too much additional stress.

As far as new construction goes, there are cheaper and better options available for soundproofing without sacrificing a signal. Do not feel forced into using concrete, because it what always work out exactly as planned.

A common type of insulation used with construction is foil backed. This fiberglass cavity wall insulation originally focused on reflecting heat and keeping it inside a home or building. It also doubles as some pretty good soundproofing material, as soundwaves stay inside as well.

Foil is not good for any type of Wi-Fi or cell phone signal. It conducts EMF waves, which will hurt performance inside. People have struggled even with relatively little amounts of this insulation in the way.

The good news is that this type of insulation is pretty easy to replace without having to sacrifice anything. One common option is to go with acoustic insulation. It will not only do a better job with soundproofing, but it will also help with general insulation needs as well. On top of all that, it will not affect Wi-Fi or cell phone signals.

Why Staying Away From Too Much Additional Mass Makes Sense

The only way a person is going to get in much trouble with their Wi-Fi and phone signal is if they add too much mass. It is definitely an effective way to soundproof a room quickly, but if it comes at a cost, there are alternative options.

To stay away from that, think of additional mass as a final option. There are better solutions for people who are worried about their signal. Try to focus on handling reverberation to kill sound instead of vibrations. That means examining decoupling and damping solutions.

What Else Causes Wi-Fi and Cell Phone Signal Issues?

One common problem that a lot of people run into with a Wi-Fi or cell phone signal is having a lot of things inside the actual room. Furniture is a huge culprit, as all this added mass will make it hard for the signal to be picked up consistently.

Furniture works well as a way to kill sound, but it is going to have somewhat of a negative impact on Wi-Fi and cell phone service. Do not add too much furniture, especially if a Wi-Fi router is in the same room. It will not make that much of an impact on cell phone service, but keep that in mind if the signal is weak. Moving a wireless router to a more open area of a room might be the solution.

The Benefits of Soundproofing a Room Without Affecting Technology

Most people end up soundproofing a room because they want to use technology in there in the first place. That is why it makes no sense to go with material that would sacrifice Wi-Fi and phone signal strength at all. When soundproofing a new room, a person can dictate what materials they use.

To fix an existing room, try a few changes here and there first before taking any drastic measures. Sometimes, it is as easy as adding a signal strengthening device, or moving the router for better reception. In other cases, there might be a quick way to replace some troublesome mass for something a bit more tolerable for electromagnetic frequencies.