One of the easiest ways to improve dental hygiene is to invest in an electric toothbrush. These toothbrushes have the ability to not only cover more areas inside the mouth but do it efficiently.

Are there real solutions out there to deal with the sound? With a little bit of effort, a quieter brushing solution is available. The best thing is, a person never has to sacrifice all the benefits these toothbrushes bring to the table.

Why Electric Toothbrushes Make so Much Noise 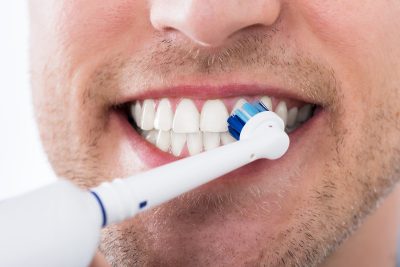 Go to a local store, and it’s impressive to see just how inexpensive electric brushes are these days. It doesn’t cost that much more to get an entry-level electric toothbrush compared to a standard manual option.

To keep the cost down, companies are obviously not going to put in amazing technology in the small devices. There are ways to make electric toothbrushes a little quieter, but that’s also going to cost money. Instead, companies are using a pretty simple motor with minimal casing to kill the sound.

Most people just look the other way since it is only going to be loud for a couple of minutes. Anyone can sacrifice that little amount of time, and it’s not like a person can talk while they are brushing anyway.

However, for people Who are multitasking, or live with others, the constant sound of electric toothbrushes in the morning and night can be problematic.

The majority of noise in an electric toothbrush center around the head. That’s why most people will notice that the sound goes down if they close their mouths. When it opens back up, the throat almost plays the role of an amphitheater, projecting the noise out and making it more pronounced in general.

Click here to find out which electric toothbrush are the quietest on Amazon!

It will surprise some people that just regular maintenance will go a long way towards everything sounding a little better. It will not make the toothbrush sound completely silent, but it will prevent any additional sounds from popping up from time to time.

There really is not much to maintaining a toothbrush and making sure it stays in working order. With just a little bit of extra work, the sound stays at a minimum, and the toothbrush itself lasts a little longer. (Source)

Replace the toothbrush head at least four times a year

Toothbrush heads need replacing fairly frequently so that they can perform at a high level. Even if the toothbrush head is not showing any signs of wear and tear, stick to the plan of replacing consistently.

The head starts to lose some performance, and bacteria are building up as well that could cause problems down the road. On top of all that, it might begin to not function properly, increasing the sound levels.

Charge frequently, but don’t leave it on charge 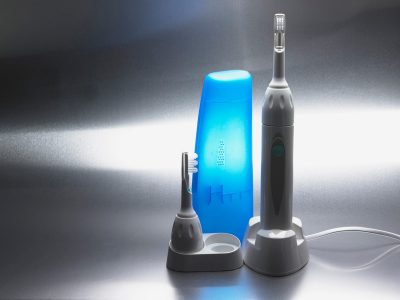 It is important to develop the habit of charging up the toothbrush so that it is always ready for brushing, but not to leave it on charge 24 hours a day. If it is continuously left charging, it will affect how long it holds a charge off of the power source. Most electric toothbrushes can last a few sessions before needing a recharge.

Once a person gets a pretty good feel on how many uses they can have before it needs to be charged again, the process becomes that much easier. Most people have a charger right there next to the sink anyway, so it’s not like it’s incredibly difficult to get that setup.

Rinse the entire toothbrush off frequently

It’s common for people to rinse off the head of a toothbrush after use, but an electric toothbrush’s build is so that it can be fully immersed in water if a person wants to. Since that is the case, go ahead and rinse off the entire toothbrush from time to time.

It does not have to be after every brushing, but this helps to cut down on bacteria that might be growing on the handle. Keeping the toothbrush completely clean and gunk-free will help keep any additional vibrations to a minimum.

A person invests in an electrical toothbrush that they thoroughly enjoy using every single day. It keeps the mouth clean, it speeds up the cleaning process, and it just makes brushing fun again. The one drawback? It is just way too noisy.

If that is the case, there are some easy methods to decrease noise levels. Maybe the easiest is to wrap a towel around the toothbrush. This muffles the vibrations and is fairly easy to do, especially since in a bathroom, there is always an extra towel hanging around.

Does it look a little silly at first? Sure, but it’s not like anyone is going to be judging toothbrushing habits. It’s a short fix that some people end up getting in a habit of, but it doesn’t cost any additional money to do it. It could be the difference between getting complaints from other family members, and brushing in peace.

It might be tempting to try to find a more permanent solution, but it’s tough to do it with anything like fabric. Adding permanent fabric to muffle the sound of an electric toothbrush is mostly going to get in the way, and it causes more trouble than it’s worth.

The higher the quality, generally speaking, the quieter the electric toothbrush is. That’s because companies are more willing to put in better motors and materials in the toothbrush to answer the complaints of users around the globe.

Other subtle things such as improved casing and better brush head set up also contributes to the quietness of sonic toothbrushes. They vibrate at higher frequencies, and it’s not going to affect a person hearing nearly as much.

On top of all that, most people believe that sonic toothbrushes perform much better as a cleaning solution. They do a better job of reaching hard places in the mouth, and they even sometimes come with different brush sizes so people can find the right fit.

They are going to cost a decent amount of money, but most people think the trade-offs are well worth it. A sonic toothbrush makes more of a steady hum, rather than a loud motorized sound like an entry-level model. (Source)

Is switching back to a standard toothbrush worth it? 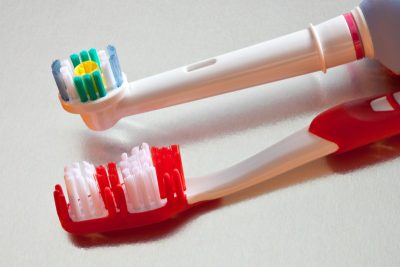 After all this talk about electric toothbrushes, there is no question that the quietest toothbrush out there is, of course, the standard manual toothbrush that has been around forever. If the sound is an issue, why don’t people move back to this way of brushing?

The simple answer is that for most people, brushing manually is just not getting it done. People feel like they don’t get a thorough cleaning of their teeth every single day. Not only that, but it can take twice as long to brush, and it still might not be of the highest quality.

If it wasn’t for sound, there would be very few complaints about electric toothbrushes in general. That is why people are so eager to find a way to control the sound instead of having to deal with it all the time.

Companies understand that people don’t want a toothbrush that is extremely loud. That is why the quieter options are marketed heavily that way.

Make sure to pay attention to not only the marketing from different companies but reviews as well. Most people will chime in on whether or not a toothbrush is loud or not. It’s a common complaint, and if it fails to live up to expectations, reviewers are going to let others know about it.

In stores, some will have toothbrushes out that can be tested by turning on the motor. This is a great way to get a better understanding of how loud they are and how they work in general. If it sounds too loud in an open store, it’s going to sound that much louder in a closed-off bathroom.

Above all else, make sure that the toothbrush fits with oral hygiene goals. The sound can be dealt with to a certain degree at a later time, or some people just deal with it in the first place.

There is no electric toothbrush that is so loud that it’s 100% unusable. If that were the case, they would not be nearly as popular in modern homes as they are today.