Defining sound is very difficult for people who generally take it for granted. The vast majority of people are fully capable of hearing all types of sounds, but defining it is another step altogether.

What is sound, and how do humans process sound? Let’s take a closer look at the very interesting science behind sound. It’s a lot more complicated than many realize.

Sound is a pressure wave created by objects that are vibrating. Whenever there is a vibration, air molecules move and a sound wave is created. It’s a form of energy, just like light and electricity.

Sound waves first travel through a medium, and then to a human’s ears. What the ears process goes to the brain, and results in what the sound sounds like for each individual.

This is the simple definition, but a lot of components go into each sound wave. More on that below.

How do Sound Waves Work?

In the air, various sound waves are moving all the time. This mixes all the different sounds and tones and presents a person with what they hear at all times. Sound waves are very different in frequencies, as the faster an object vibrates, the higher the frequency is.

How is Sound Made?

Sound comes down to wavelength and amplitude. Wavelength is the distance between two different compressions when a sound wave is created. A sound wave that passes very fast is higher in frequency. All frequencies travel at the same speed if everything else is equal.

Amplitude is designed as vibrations squeezed by air molecules. They are squeezed together pretty hard, or not so much. If an object must vibrate, it is going to produce a louder sound and a greater amplitude. Sound waves don’t necessarily have to always have the same amplitude. The amplitude is half the height of a sound wave.

Sound in its simplest form is energy, so it can change into something else. For example, the energy from sound can convert into electrical energy.

What is the Frequency of a Sound Wave? 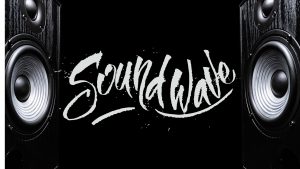 A Look at the Sound scale

The most common way to measure sound is by using something that is not decibels as a common grading scale. Decibels are a ratio for comparing the intensity of two different sounds. The more intense sound is compared to the other sounds in the area, the louder it will be to a person.

Here is a breakdown of some common sound levels in decibels.

As soon as the decibels get above 100, extreme caution is needed to avoid overexposure if at all possible. Protecting the ears from these loud sounds will help to prevent any serious damage. Anything above 150 dB could cause serious damage if only exposed to those sounds for a couple of seconds. The eardrum simply can’t withstand that type of sound for any time.

How Fast Does Sound Travel?

The most common reference to the speed of sound is in air that is roughly 20°C, or 68°F in temperature. When those conditions are outside, and no other factors are playing a role, sound travels at about 343 meters per second. That means it takes 2.9 seconds to travel a kilometer, and 4.7 seconds to travel per mile.

This explains the reason why there is a delay between lightning and thunder, as one obvious example everyone can relate to, the speed of light is much faster than the speed of sound, so there will be a delay depending on how far the strike occurred. By counting the amount of time between lightning striking and the thunder being heard, a person can guesstimate how far away they are.

The Perception of Sound

We often view sound as how humans perceive it all the time. Hearing is one of the five senses just about everyone can utilize, and how the ears react to sound is the best way to put it in a

frame that makes sense. There are six ways in which sound waves are analyzed by most people. Each one plays a pretty important role, and understanding how they all work can make a pretty big difference.

The pitch of a sound is another way of explaining how low or high sound is. It is usually quantified as a frequency, and pitch is used a lot in music settings. It’s also a way to define sounds that are at a pitch that humans might not be able to pick up with their ears, but other animals can.

Pitch is different with every different animal, which is why dog whistles, as an example, work perfectly. A dog picks up the pitch, but it sounds like nothing to humans.

To set a pitch standard, musicians will look at where instruments usually tune to for a particular performance. This gives everyone a very defined pitch to bass music off and is often used to judge how music sounds.

Pitch isn’t just limited to music, as every sound has a certain pitch. Random noise that is spread across evenly all the different frequencies as consider white noise, which ends up being a pitch that most people don’t think twice about.

The duration of a sound is how long nerves in the ear respond to what it hears. The easiest way to define duration the point when sound is first heard, until the sound changes or stops completely. A sound might be heard for a long time, but it could change loudness, pitch, and more along the way.

The more nerves stimulated in the ear, the louder an ear perceives the sound. A very loud sound will push on the basilar membrane and stimulate more nerves, indicating to the ears and the brain that it is extremely loud.

Humans can only take so much loudness before it does damage to the ear permanently. Not only will it do damage, but during the loudness, it is very painful. That’s why the common reaction is to cover the ears as much as possible and protect them at all costs.

This is the quality of different sounds that ears take in. This can be anything from the quality of a person‘s voice to how something sounds when it falls. Whenever a sound is heard, a person has a perceived thought on what it should sound like.

When there is a high-quality with that particular sound, it’s when the sounds processes everything just right. Musicians are always looking for the right level of timbre.

Many different sound sources go into sound. The best way to look at this is again through music, as texture allows for people to pick up on the difference between unison, homophony, and polyphony.

In a practical setting, sonic texture is how certain sounds stand out in a crowded room. The ear perceives sound in different ways depending on what is standing out, and what is blending in.

Where a particular sound is coming from plays a huge role in how people hear things. When a person is listening for one thing in particular in a very noisy room, the spatial location allows for that type of isolation and identification. Sound can come from the horizontal or vertical plane, and distance plays a huge role as well.

For a lot of people, understanding the specifics about sound can be a little frustrating. It is true that for most people, they take the sound they hear consistently for granted. It does help to know a little more about what creates sounds, and why we hear what we do.

Sound helps people stay safe, communication, enjoy life, and so much more. By understanding a little bit more about what sound is, at least knowing the different terms can allow people to talk about the topic a little smarter. Sound is everywhere, even when people believe that they are sitting in complete silence. Ambient noise is present at all times at some level.