Why is an electric car so quiet? It comes down to the type of motor used in electric vehicles. Technology has come a long way, reducing noise and making it pleasant to drive around everywhere. Some say too quiet, but more on that later.

Why EV’s Are so Quiet – Answering Your Questions

Here’s a small list of reasons why Electric Vehicles (EV) are so quiet. Some jurisdictions have even enforced automakers to make EV’s emit artificial noise to let pedestrians know there’s an EV close by, especially bind people crossing the road. So that gives you an idea as to how quiet these vehicles actually are.

A Quality Motor Inside Every Vehicle 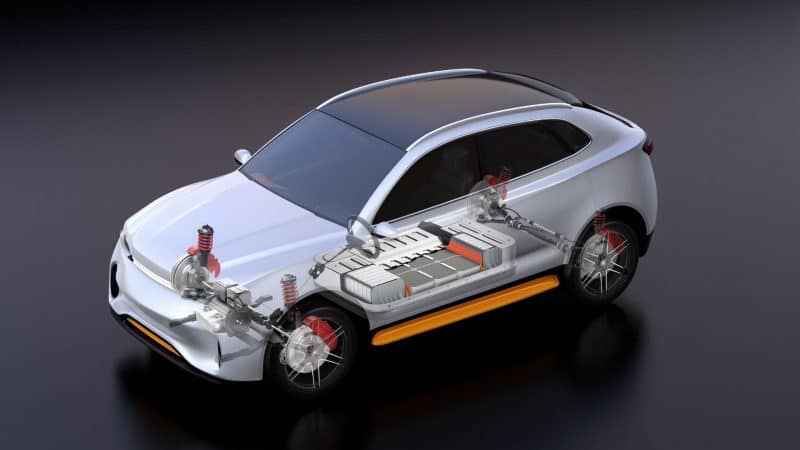 Every brand currently out there making electric vehicles use a brushless motor. For those people who are not that familiar with different types of electric motors, a lot of smaller devices use brush motors. Think about an electric blender in the kitchen or an electric saw in the garage. Many think of these as very loud pieces of equipment, and that’s because they are brushed motors.

Another thing to consider is the fact that these electric vehicles use better bearings to make the motor run quietly. When installed correctly, it can run without making much sound at all. It’s simply impossible to put this type of technology in everything with an electric motor because it’s just not cost-efficient.

For other electric motors, an AC commutator is what most are stuck with. While it still works well, it’s going to make considerably more noise. A very small AC commutator will sound much louder than an entire car when placed next to each other.

Many people are optimist that at some point in time, overall traffic noise will be significantly reduced. Right now, there are just not enough electric vehicles to make a noticeable impact. In the future? Maybe, but engine noise is just one thing contributing to the sounds people hear.

For starters, electric vehicles can almost completely eliminate engine noise from the equation. There is a high-pitched noise that electric motors make, but it doesn’t travel far at all. These efficient vehicles also have a lower coefficient of drag, which means that there is reduced wind passage noise as well. Not that many people consider that aspect, but it’s noticeable when doing a side-by-side comparison.

What remains is a lot of other noises coming from the roads. Traffic noise includes engines from non-electric vehicles, tire noise, surface noise, and wind passage noise.

No matter how great technology comes along, there is no way to eliminate some of these noises completely. There is also the fact that some people have purposely noisy vehicles. Think about motorcycles, sports cars, pick up trucks, and more. This will always contribute to the overall traffic noise, even if they are more spikes in sound than anything.

Are Electric Cars Too Quiet?

The lack of sound an electric car makes seems like a positive, but some people actually believe that it does more harm than good. People are so used to the sounds that a car makes that it is becoming increasingly difficult to hear one coming.

The National Highway Traffic Safety Administration in the United States believes that quiet cars should be given sound choices when they are traveling the roads. It makes sense when it’s explained, as pedestrians find it difficult to know just how close and how fast vehicles are moving.

Different car manufacturers are going in different directions to make existing and future models make louder sounds. Mitsubishi seems to be amplifying the sounds an engine already makes, while Mercedes is taking a music approach. They are working directly with Linkin Park to make sounds for their electric vehicles.

As electric vehicles become more and more prevalent, no one knows for sure if artificial sounds will be the norm, or if humans will adapt. Some people see a quieter road as extremely beneficial, but it does take getting used to when moving around on foot or bike.

The world has certainly come a long way when it comes to how vehicles sound on the road every single day. Dealing with air pollution is one of the driving factors behind electric vehicles, but noise pollution is right there behind it.

Even if vehicles continue to make artificial sounds to warn pedestrians, it will still be quieter overall on the roads. That’s a good thing for urban areas in particular, as noise pollution frustrates a lot of people during all hours of the day.

The technology behind these quiet vehicles is top of the line, and will only improve as time goes on. The near-silent hum of an electric vehicle might not be for everyone, but the efficiency benefits all.