One of the most common do-it-yourself projects that people have relied on for soundproofing is a simple cardboard box. A small soundproof box consisting of cardboard, soundproofing material, Styrofoam, and more can make a huge impact.

The versatility of a box like this also makes it extremely popular for anyone looking to make a home or business sound a bit better.

Maybe a person is looking to soundproof a cardboard box because they want to insulate a water pump or generator.

Other people use it because they need to improve the sound of a microphone, speakers, or some other type of set up in a home theater. Finally, it could also be used in the kitchen to reduce noise when using certain devices.

Whatever the case ultimately is, soundproofing is not that difficult. Although some people prefer to use a slightly more durable and soundproof option like plywood for the shell of the box, cardboard works perfectly well for smaller projects. Here is how to tackle the project and get the intended results.

Gather All the Material Needed 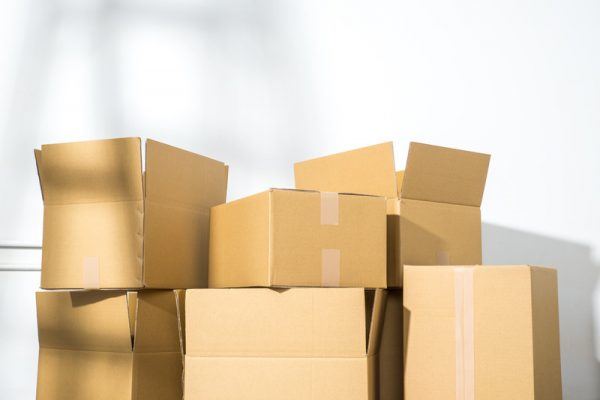 There are numerous options when it comes to making a cardboard box soundproof. Some people will go for the cheapest options available, while others will find no problem spending money to see great results.

Basic materials that are A MUST include:

Most of the stuff can be ordered online, and it is pretty inexpensive. For those people who are not super particular about the box dimensions, there is the opportunity to go to a local store and see what they might be willing to give away.

Boxes come in many shapes and sizes, so depending on what a person is going to use the box for, they need to pick the right store to ask. For more significant projects, going to an appliance store might work best. A grocery store might have something smaller for those smaller projects.

Finally, there is an option to use scrap cardboard and make a box that is sized precisely how a person wants it. It adds a little bit of time to the project, but it will fit whatever it needs to perfectly. This means no wasted space in the cardboard box, cutting down on the amount of other material needed.

Insulate the Inside of the Cardboard Box

Now that the box is ready to go, the next step is to insulate everything with the Styrofoam (Amazon). It does not cost much money at all to get a proper amount of Styrofoam, and it usually can be cut to size for the perfect fit. Make sure to get the entire inside covered, eventually gluing it down for security reasons.

The Styrofoam is used to add density to the box initially. Without doing the step, the cardboard box might not be able to hold up as much as it should. It’s an important first step and one that doesn’t take much time at all.

Since other layers will eventually be added, there is no need to make this first layer look perfect. 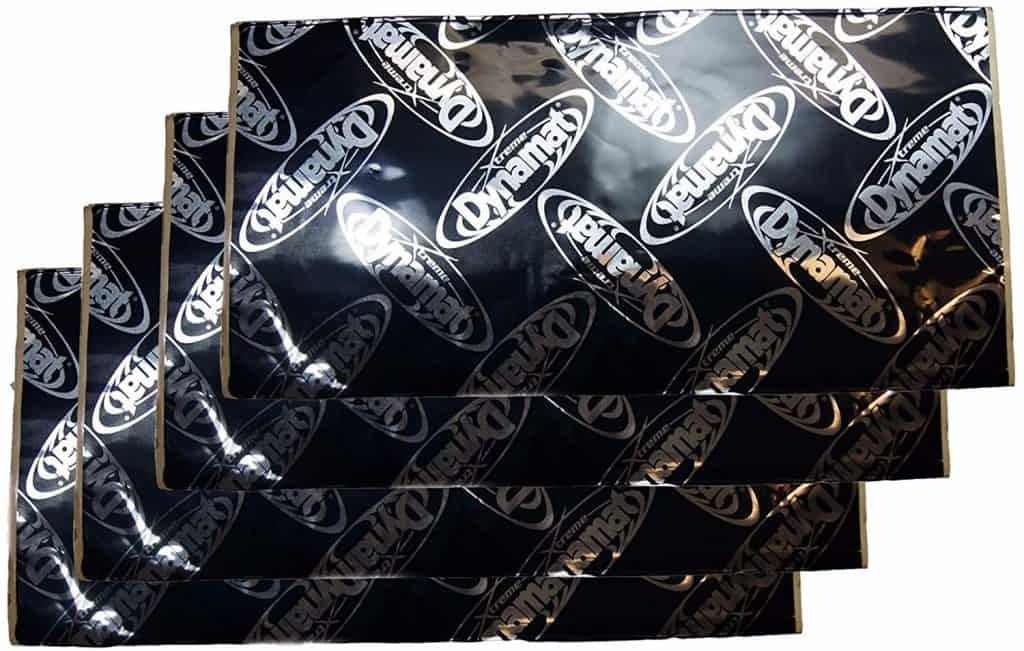 This is where people have a bit of freedom when putting together a cardboard box that is soundproof. Everyone has different preferences on what type of soundproofing material they think works best.

Dynamat (Amazon) is one leading manufacturer in this industry, offering several sound deadener options for people to choose from. The material comes in sheets and applying the sheets work in a lot of the same ways as adding the Styrofoam to the inside.

Just like the Styrofoam step, it is important to have every corner inside covered with soundproofing material. This material is almost always self-adhesive, so it is pretty easy to cut up and apply as necessary.

It will directly stick to the Styrofoam, and as long as the Styrofoam was connected to the box correctly, everything will stay in place.

Material used for soundproofing can vary quite a bit as far as price is concerned. Some people will go with Dynamat, Noico, and other very well-known companies because they want results.

Others will opt for something that might not have the name brand recognition but still has solid reviews online. It comes down to just how important soundproofing is with this cardboard box, and what is going inside it.

Budget is also a concern for many, as no one wants to go over budget to soundproof something that does not cost that much money, to begin with.

Using Another Layer of Styrofoam

This is a step not everyone will follow, but it does help out for those wanting an added layer inside the box. It is not necessary for additional soundproofing, but more of a protective barrier for the soundproofing material. It helps a little bit with echo as well, which everyone can appreciate.

The application process works the exact same as before. The inside of the box is getting slightly smaller because of the added depth, so make sure to start with a box that is a bit oversized inside in the beginning.

Once the second layer is added, it’s pretty much ready to go. Some people will paint or decorate a cardboard box in order to make it look a little more professional. Others simply won’t care, as it’s meant for basic usage and will eventually be stored out of vision.

Create a simple box is pretty easy, but not everyone wants to leave it at that. A soundproof box that has something placed inside could benefit from some customized areas for better usage.

For example, anyone who is putting together one of these boxes to use with a microphone could create a port in the front of the box to help things out. A small port could make putting a cable in the inside of the box that much easier.

Any other slight adjustments can easily be made with scissors, a razor knife, or some other item like that. The materials are not compromised, as it still provides some great performance.

If the box is re-purposed for something else, it shouldn’t be that big of a deal either. If the hole is exposed, later on, patch it up with some additional soundproofing material.

Now that the box is created, the fun part starts. Make sure to slide whatever is going into the box inside and finish setting everything up. As long as proper measurements were taken beforehand, the device is going to fit easily into the box.

From there, making sure that it is set up properly is the best way to go. Maybe something is needed to apply to the device so that it stays securely inside the box, but other than that, people should be good to go.

If any adjustments to the box need to be made, make sure to troubleshoot the issue beforehand. Do not compromise the entire box if it doesn’t need it. Making a box slightly bigger is easy enough without having to tear everything apart. If it’ is too spacious, there is the opportunity to add additional soundproofing material and/or Styrofoam.

Questions That May Pop Up

This process is simple enough, but there are still bound to be questions that pop up when creating a cardboard box that is soundproof. Here are a few common questions people end up asking as they get deeper and deeper into the process.

It seems easy enough to shrink a box if it is too big, but what if the box is too small?

There is nothing that can be done to expand a box too much if the size is way off. The only way to make things work is to either purchase a brand new box, or cut part of it open and add material on.

If it is just slightly too small, putting the material on the outside of the box is one way to go. It’s not going to look as professional as the suggested set up, but some people will go this route. It is going to provide the same type of results from a sound perspective, so that is one good thing.

Does it matter what type of soundproofing material is used?

Certain soundproofing material companies have better reputations than others. Since this is a pretty simple, do-it-yourself project, most people do not care too much about the specifics.

As long as the material does an adequate job, people are not going to complain too much.

For people who really want to see outstanding results, there is the option to invest in mass loaded vinyl. It is consistently one of the most expensive options out there for people who want soundproofing material that works well.

Acoustic foam lands on the other side of the spectrum, as it is a pretty cheap option for people who want to keep the cost down. Don’t shy away from researching all options first, and then making a decision based on what the plan is.

Click here to check out Mass Loaded Vinyl on Amazon.

Do egg cartons, and other homemade remedies work for soundproofing? 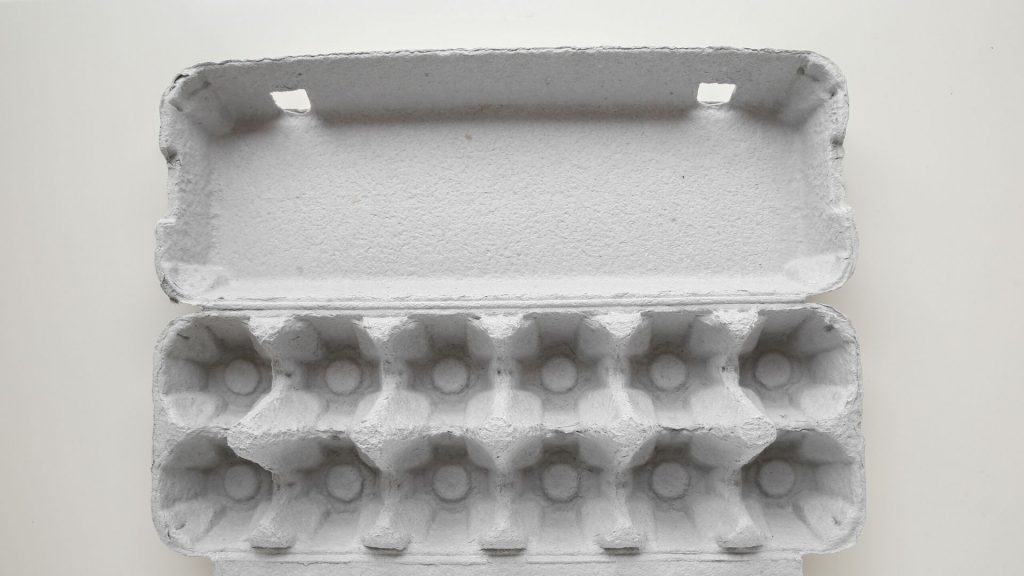 It has long been thought that egg cartons can actually help with soundproofing in some way. It is unclear how that rumor started, but it probably has to do with the shape of the cardboard in general. Unfortunately, this home remedy is something that just does not work.

That is, egg cartons are not going to do any better than standard cardboard would. If a person wants to invest in a lot of cardboard at once, they can achieve some level of soundproofing. It just does not make sense to try egg cartons when there are inexpensive options that work much better.

Can a Professional Handle This?

Hiring a professional to make a cardboard box that is soundproof sounds like overkill to most people. This is pretty much a technique tailor-made for people looking to do things themselves.

If a person ends up hiring a professional, it makes sense to at least have them use plywood or something a bit more permanent. Having them put together cardboard boxes seems like a waste of resources to many.

All it takes is a little bit of time and some soundproofing material to get the ball rolling. After that, nothing is holding a person back to possibly making several of these boxes for different needs around the home.

They might not look that professionally sound, but people usually get a pretty good hang of everything after following construction instructions.

Do not be afraid to mess around with a few different types of materials to see which works most efficiently. It might depend on what device goes in the box, and if a person plans on using it for a long time or not.

A water kettle makes more noise than most people want that early in the morning, especially if you live in a small space. To avoid this sometimes annoying sound, looking for a very quiet quality... 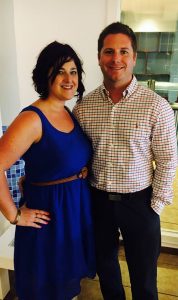