A brand new car can drive off the lot without making much noise at all. It’s one of the best feelings when investing in a new car, as everything runs smoothly and feels like it can last for years and years.

Unfortunately, as cars get older, they seemingly get louder as well. Do cars actually get loud with age? For a variety of reasons, this is exactly the case.

What makes them louder in the first place? It can be a variety of issues, but there are ways to combat the sound as much as possible.

There’s no time machine to go back to a brand new car, but even aging vehicles can stay silent with the right approach.

No matter how well a person takes care of their car, there will be some wear and tear on the engine. A big part of the maintenance process is to keep up with all the different parts that go into the engine.

In order for a car to operate as it should, all these parts start to wear down over time. For example, serpentine belts will start to wear away.

Timing belts will wear down and extend, which will cause the camshaft to time out. When all of this happens, this creates a lot of noise that can be frustrating to deal with.

It’s usually louder when the temperature is cold, and it is that much more important to inspect your engine and see what is going on.

Some cars might just need a simple valve adjustment to get things to quiet down. Others might need a little bit more work on the car engine because it has so many miles on it. 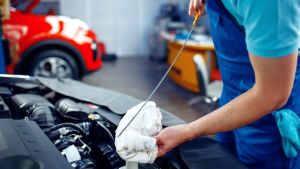 You should also be looking out for other issues like bad bearings, low oil levels, or a worn torque converter.

Bad bearings are going to sound a lot like a washing machine that is not operating as it should.

There’s a little bit of knocking around, and that ends up being a pretty big problem. The longer bad bearings go along, the more likely it is for the engine to completely seize up.

Super low oil levels are something that nobody wants to be forced to deal with. If there’s a lot of grinding or a rubbing sound that seems a little problematic, it’s time to check the engine oil levels.

There is usually an oil level monitor that will help keep everything in check. The engine needs oil to stay as lubricated as possible and run smoothly.

When oil levels dip too low, it can cause a decent amount of damage to an engine. A regular oil change should be part of maintenance.

You don’t want to be caught not getting an oil change and causing damage to an engine that could be easily avoidable.

A car isn’t always going to be noisy just because of the engine when it gets older. There are other parts of the car that can start a breakdown as well, and they need to be fixed so that they operate as they should.

One issue that a lot of people run into is if their muffler is not working as it should. A worn-out muffler will be much louder than one that is 100% doing its job.

As time goes on, the muffler can be compromised a bit, or it could be dealing with a decent amount of carbon buildup.

Not only does it make things louder, but it puts pressure back into the exhaust and causes issues in that regard.

Other parts of the car can also start to become pretty noisy for one reason or another. On really older cars, even the flooring can start to wear away to the point that it is getting a little bit louder.

There’s a good amount of noise coming from the road whenever a person is driving around, and that becomes more noticeable when a car ages.

A simple way to stay on top of everything is to be aware of any new noises that might be causing trouble.

As soon as it becomes an issue, dealing with things sooner rather than later is going to ensure that the problem doesn’t really cause a ton of issues later on.

Too many people try to ignore a sound that is becoming pretty significant, and that is going to be detrimental.

Are Cars Staying Quieter for Longer?

Dealing with a very loud car that is starting to get up there in age used to be a much more prevalent problem than now.

That’s good news for consumers, but what exactly is causing this to be the case? Manufacturers are doing as much as possible to keep a car sounding pleasant, and advances in technology have come a long way.

Car companies have certainly paid close attention to the amount of sound that an engine creates.

It’s one thing for sound to be noticeable to some degree, but the last thing anyone wants is a major distraction.

That is why a lot of sound deadening technology has gone into the engine area in particular, but in other vulnerable parts of the car as well.

Sound deadening material (Amazon) is thinner than ever, which means that manufacturers can put more and more into small areas without adding bulk or weight.

These usually are a pretty small investment overall, and worth it for those who might be driving a slightly older car that needs a little bit of assistance.

The Rise Of Electric 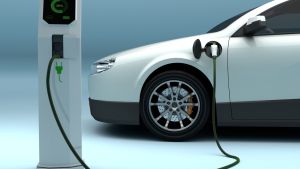 Electric cars are rising in popularity, and that won’t be fading away anytime soon. There are plenty of advantages to getting an electric car, such as saving on gas and helping the environment. It also makes for a pretty silent riding experience.

The quietness with electric cars is certainly a positive in the eyes of many, but it’s almost to an extreme.

More than a few people have noticed that with a lack of a regular engine in the car, it is actually a little dangerous to be out and about.

Pedestrians rely on hearing a car driving up, and they might not hear it if they are walking across the street.

That’s why a lot of companies have started playing recorded noise to simulate a standard engine running so that there are never any issues.

Electric is without question the future, and that’s great news for quieter cars overall. There will still be a need to use some materials to help kill unwanted sounds, but it’s not going to be anything like it was decades ago.

With all the advantages electric brings to the table, noise is one of the more overlooked.

What Can Be Done About an Older, Louder Car? 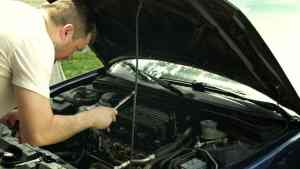 One of the biggest keys to keeping a car from getting too loud is ensuring that everything stays up-to-date and regular maintenance is always occurring.

No one likes having to spend some money here and there to keep the car going as it should, but it really does make a difference in keeping an older car sounding as quiet as ever.

Regular maintenance helps to a certain degree, but once the car really gets old, make sure to do full replacements if there is an issue.

Not only does this help with sound, but it will help with making sure that the car is operating as it should.

Cheaper alternatives to fixing sound problems are to invest in some sound deadening material that will help out.

Each part of the car requires different material that fits into the area just right. For tough to reach places, spraying some foam is most likely the best bet.

If noise is coming from the floor, using gravity and throwing some mats down is probably the best way to go.

Companies have made it a pretty easy process for people to install their own sound deadening material, but there’s a way to get it professionally done as well.

It really depends on how much work a person is looking to get done to the car, and how great they want it to look.

Why an Older Car Doesn’t Have to be Loud

Yes, cars get louder with age. Remember that there is no reason why a person has to tolerate this happening.

A little bit of extra effort goes a long way to changing how a car performs.